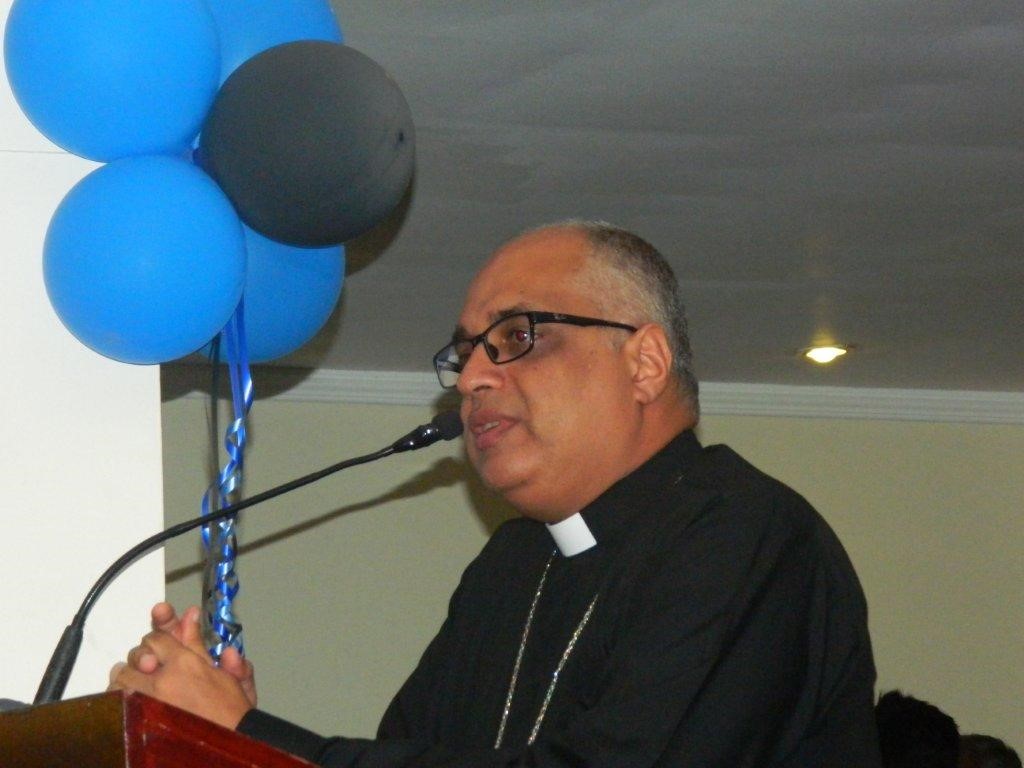 He was a good scholar during his student days and won many prizes for academic work. He did not confine himself to academics. Although not a sportsman, his involvement in many extracurricular activities from English Debating and Drama to the SCM and the Servers and Choristers Guild bears ample testimony to this. In recognition of his achievements and contribution to the life of the College he was appointed a College Prefect in 1990.

Upon the successful completion of his G.C.E. Advanced Level examination he was invited by the then Walden Mr. Neville De Alwis to join the tutorial staff. He served on the staff from 1991 to 1999 during which time he played varying roles from a teacher of English and Divinity in the Upper school and College Forms to being Master-in-charge of many important Clubs and Societies, a House master and an assistant Master in charge of Rugby. During this time he was a Lay Assistant to the College Chaplains. In 1993 at the invitation of the Warden he compiled and authored a history of the school from 1918 to 1993 to celebrate’75 Years at Mount’and also served as College Archivist between 1993 and 1999.

In January 1990 Fr Billimoria made a public commitment to be ordained minister at a Parish Mission at Milagiriya. His desire to serve as an ordained priest, however, had its roots in the Chapel of the Transfiguration under the inspiring influence of the then Sub Warden and Chaplain Rev. Duleep De Chikera (later 14th Bishop of Colombo). As a first step he proceeded to acquire for himself a secular degree. This he did at the University of Poona where he obtained a Bachelor of Arts degree with 1st class in History as an Indian Council for Cultural Relations (ICCR) scholar. It was in Poona that he met Manisha Onawale, an accomplished fashion designer and daughter of a clergyman of the Church of North India. They were married in 1996.Their daughter Shekainah was born in 1997 and son Shokeidh in 2001.

He commenced his training for the Priesthood in 1998, and in 1990 left the staff of STC in order to pursue theological studies and was sent by the Bishop of Colombo to Ripon College Cuddesdon (formally Cuddesdon College, where a number of Thomian clergy including the late Canon R.S. De Saram had been trained) of the University of Oxford. On his return to Sri Lanka, and after a short period of training at the Theological College of Lanka he was ordained a Deacon on 21st December 2001 by the Rt Rev. Duleep De Chikera. His first posting was to the Church of Christ the King at Ratmeewala, Kadugannawa in the Diocese of Kurunegala. He was ordained a Priest on 21st December 2002 and has since served in parishes in Moratuwa and Mirihana. In 2007 he was invited by the Bishop to take over the reigns of Headmaster, at S. Thomas’ College, Gurutalawa and he was installed as the 12th Headmaster of that unique school in June that year. Under his able leadership, STC Gurutalawa witnessed a great revival.

In August 2011, at the invitation of the Rt Rev, Dhiloraj Canagasabey, Fr Billimoria donned the mantle of Sub Warden at S.Thomas’ College, Mount Lavinia. When asked, Fr Billimoria said that coming to Mount Lavinia was like coming back home. We asked him who had influenced him over the years, he responded by paying tribute to the memory of his mentor in education the later Warden Neville De Alwis, who had first helped him to discover his love for teaching. He made mention of Bishop Duleep De Chickera who had advised him as a school-boy to consider ordination. (and of the late Rev. Eric Bartholomeusz and the late Bishop Swithin Fernando who taught him the rudiments of Anglican liturgy in the STC Chapel. He also made special mention of Mr. Russell Bartholomeusz and Mrs Leena Gnanapragasam who taught him how to be a good teacher and of his maternal grandfather the late Tommy Kelaart who taught him from an early age the value of leading a disciplined and ordered life.)

Fr. Marc Billimoria is committed to ensuring that STC Mount Lavinia maintains a right understanding of the Thomian traditions, and imparts the right values and produces integrated young men of sound character to serve the Church and nation.